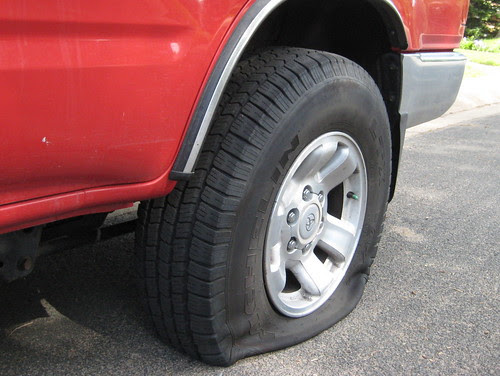 Luckily it rarely happens.   Most last until they wear out and then I just go to Costco for a new set.
But what happens if you run into this kind of situation? 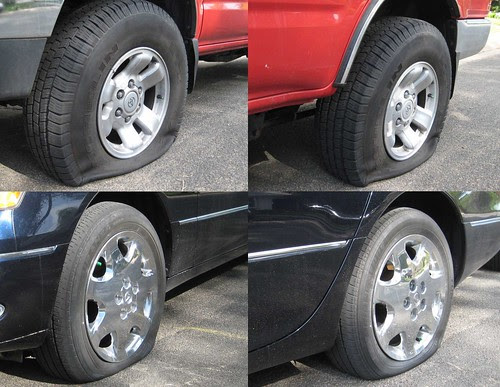 Both of our cars were parked on the street and now each had two flats, all on the street side. Turns out some clown with nothing better to do slashed our tires overnight.   He also slashed the tires of more than 20 other cars parked on the street.   Thousands of dollars of damage, liklihood of the guy getting caught - low.
Now what?   Replacement tires were needed immediately.
The tires on the Lexus were nearly worn out but the Michelin LTXs on the 4Runner were practically new.   Meanwhile Costco doesn't have 'em in stock and we didn't have time to wait for an order.
Costco has brands other than Michelin available, but it would have meant buying 4 new ones for the 4Runner at a cost of over $800 installed (again).  And we'd still need tires for the Lexus.  If we went with Costco for that as well,   the damage would be over $1,600.  Ouch!
Craigslist to the rescue.
Searching by tire size, I found a couple of options - in an industrial part of Denver about 30 minutes from my house.   One seller even had Michelin LTX's in precisely the size I needed and claimed the tread was 80%.
Since I had a little extra time, I decided to give it a whirl.   I felt a little uneasy about buying used tires but the way I looked at it, both cars already had used tires.  What did I have to lose (or save?).    Money, of course.   So  I exercised my negotiation skills and over the phone, we agreed on a price. 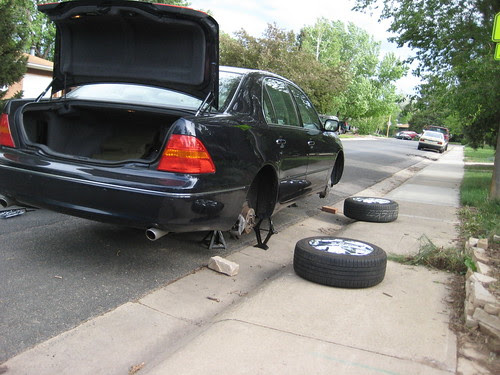 I pulled all wheels on the Lexus and just the two slashed tires on the 4Runner.  With a borrowed pickup, I hauled 'em in.
I saved some cash but it didn't turn out exactly how I expected.
Here are the results:
4 Eagle GL's size 225/55/17 with about 70% tread:  $150 (mounted and balanced)
4 Michelin LTXs in 275/70/16 with about 70% tread: $210 (mounted and balanced)
Total:  About $360 + 2 hours of driving and some more time spent waiting at the shop
The catch:  There was an unexpected $10 upcharge for cleaning one wheel's mounting bead with a wire brush.   I wasn't expecting that but worse, it turns out they should have cleaned more than this one wheel.  I  ended up having to drive back the next day when one of the tires on the Lexus developed a slow leak.   Meanwhile, the Michelin LTX's turned out to be A/T versions, a little meatier and gnarlier looking than the regular M/S versions.   So I ended up visiting yet another shop to have the other two tires installed so that the set matched (price included in above).
The tires are in pretty good shape and will probably last another 2 or 3 years.  And when they wear out on the 4Runner, I will only need to buy 2 since I still have 2 practically new tires.
Caveat:  I found one guy selling nice wheels and tires, for about the same price of just tires.   Unfortunately, he didn't respond to my email fast enough.  I would have preferred to simply buy his full set of wheels and decent tires (from a 2007 4Runner) for a negotiated price of $275.
Posted by Osman at 2:23 PM