A few weeks ago, my wife was rear-ended while driving our 2001 Lexus LS430. This post initiates a series on the topic.
Here's a picture of the car the night of the accident: 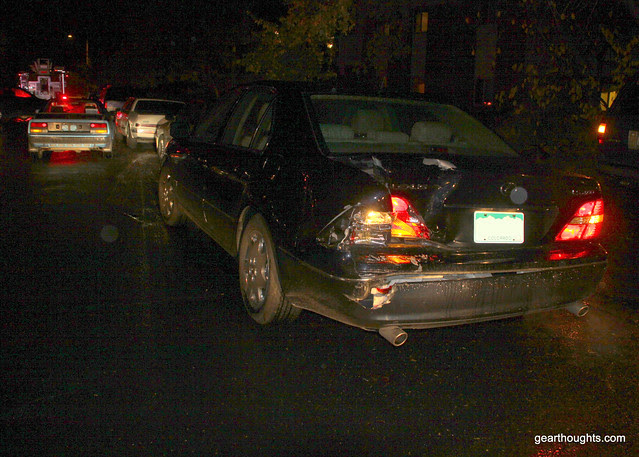 As I write this, I feel a lot of anger and frustration, only a small portion of which is about the damaged car. My wife was injured in the crash. Cars are disposable. People are not.
The pain that she experienced and continues to experience is the worst part. She's going to several medical appointments each week and treatment is ongoing.
But this post isn't about whip lash or medical treatments. This is GearThoughts. Let's talk about cars, car repair, and the ongoing scam called automobile insurance.
The Lexus itself appears to have done an admirable job of crumpling on impact. The speed limit on that stretch of road is 35 mph. Most people exceed that speed by 5 to 10 mph.
The other driver was at fault and ticketed. At the scene, he told me that his brakes locked up and he couldn't stop. He said his tires were nearly bald which likely contributed.
The other driver may have been negligent driving around on bald tires, or he may have been going too fast, or he may have been distracted. Yet my anger isn't really directed at him either.
Liberty Mutual is the source of my ongoing frustration. They're our automobile insurance company and they've been handling the claim process.
Over the years, we've been pretty good customers. We have multiple vehicles and our house on the policy. I've never paid a premium late and prior to this experience, I've never filed a claim.
Unfortunately, Liberty Mutual hasn't been treating us nearly as well as we've treat them.
After experiencing delays and getting the run-around (details below), and despite complaining to supervisors, Liberty Mutual continues to be horribly unresponsive and uncooperative. Worse, when I asked about previous complaints regarding the same issue, the supervisor told me there was no record of any complaints in my file.
I've discovered that auto-insurance is really only as good as the claims process. Just because you pay for coverage doesn't mean you're going to have a good experience when it comes time to file a claim.
My mom taught me that you always get what you pay for. Except in this case, we've been paying a lot. Why are we receiving so very little? Something doesn't add up.
My experiences thus far dealing with Liberty Mutual:
The saga continues...
Here's the damage to the car in the daylight: 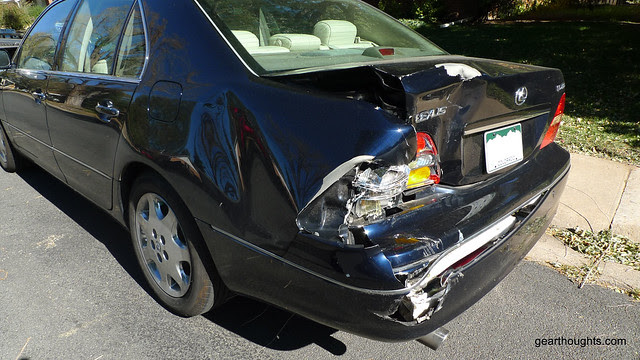 Here's the car being towed away: 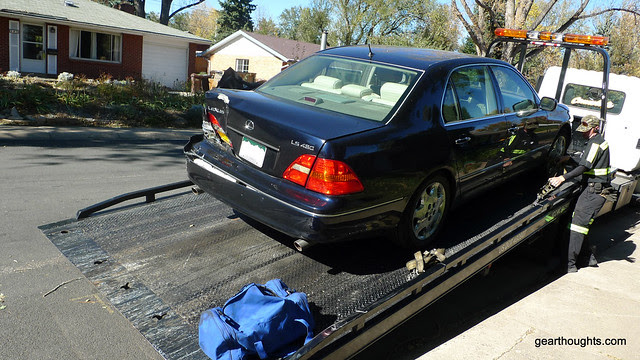 On a side note - Liberty Mutual appears to be going public. They've filed a registration for an IPO (S1) which highlights that their net income nearly tripled in 1Q10 to $306MM. Gee, I wonder how they managed to do that?
Posted by Osman at 8:53 PM